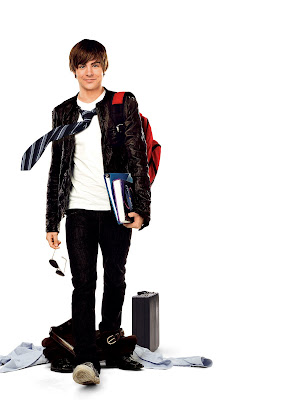 Zac Efron, the teen heart throb from the High School Musical series isn't singing this time; he's audjusting his image as a real actor in this movie, called 17 Again. 17 Again is about a man named Mike O' Donnell, who in 1989 gave up a college scholorship and ended up marrying his high school sweetheart, Scarlet. 20 years later, he is 37 years old, his wife Scarlet kicked him out of the house, and his kids want nothing to do with their old man. After a little situation at work, he returns to his old high school where he meets an old looking manager, who asks him if he wished to do his life over again. Then, while he's driving to his best friend's apartment late that night (Mike is living their since Scarlet kicked him out of his house), he sees a man on the edge of the bridge he's driving on. He then goes to the edge of the bridge but doesn't see him. Mike then falls into the water, which is now swirling like a tornado. When he comes out, he has now transformed into his old 17 year old self. This movie is a delight joy to any teenager or parent. But be warned parents, there is some inappropriate thing in this movie, so think twise before taking your young child to this Zac Efron comedy. Otherwise, ENJOY IT!!!!!!!!!!!!!!!!!
Posted by Zachary Marsh at 6:51 PM No comments: Links to this post 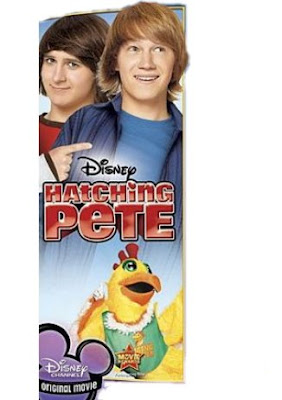 If you have seen Cory in the House and Hannah Montana, you'd know who the stars are of this delightful movie. Hatching Pete is about a shy teenager named Pete, who's best friend, named Cleatus is the school mascot. Unfourtunately, Cleatus is allergic to the head of the mascot. So, he needs Pete to fill in for him as the school mascot. Then, Pete does this favor and ends up doing amazing. Cleatus is then getting all of the attention at school since they thought he was still in the suit. This movie will give a good smile to the whole family. It'll be remembered to Disney Channel viewers for years from now.
Posted by Zachary Marsh at 5:06 PM No comments: Links to this post 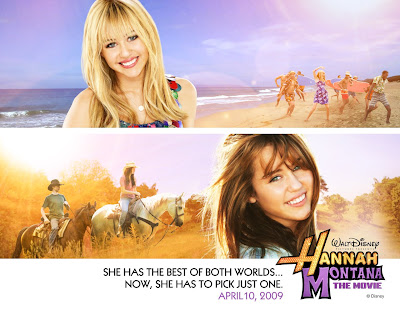 Get ready for the best movie of the year so far when everyone's favorite teen pop sensation comes to the big screen for the first (not including the concert movie) time. Miley Stewart has always had the best of both worlds with her alter-ego, Hannah Montana. But, after a series of incidents (including a shoe fight with Tyra Banks), her father decides that enough is enough. Miley thinks she's going to a fashion show in New York, but her father really takes her to her hometown in Tennessee. Then, her father says they'll be staying for 2 weeks to show Miley what she almost forgot. This movie is great for every girl in America. Mothers out there, if you didn't take your daughter to see it yet, TAKE HER IMEDIATELY!!!!!!!!!!!!!!!! Trust a kid who knows the kid and the kid at heart.
Posted by Zachary Marsh at 4:13 PM No comments: Links to this post