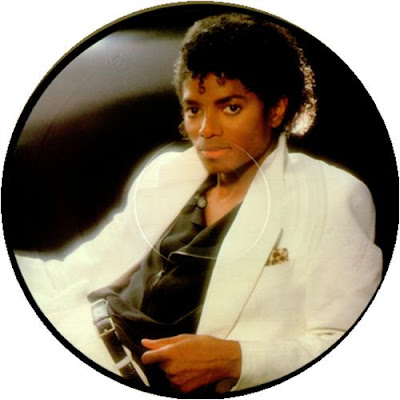 Every time the kind of person like Michael Jackson comes along, the world turns upside down. Unfortunately, he had a heart attack and was pronaunced dead on June 25, 2009. This man changed the face of the music industry ever since he was in the Jackson 5 with his other brothers. With songs like "ABC" and "I'll Be There", he became an instant sensation. But, at the age of 16, he became a solo artist. Then, in 1982 he changed the world with one album: THRILLER. I would appereciate it if whoever reads this take a moment of their time and think about the king of pop. Jackson's, try to feel better and think about the good times your family member has had during his life. Rest In Peace, Michael Jackson and good luck Jackson's.

Posted by Zachary Marsh at 5:36 PM No comments: Links to this post

REVIEW: Land Of The Lost 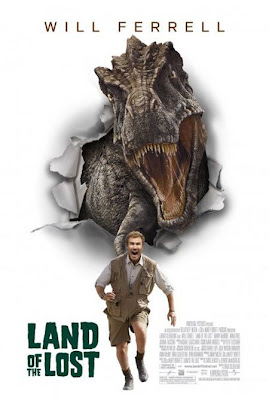 MOVIE
Land Of The Lost


REVIEW:
It may be based on a 1970's children's show, but I tell you the following: IT'S NOT FOR KIDS!!!!!!!!!!!!!!!!!!!!!!!!!!!!!!!!!!!!!!!!!!! Land Of The Lost is about Dr. Rick Marshall, a paleontologist who created a theory of "time warps". But after his appearance on The Today Show with Matt Lauer (see the previews), he pretty much became a loser. Three years later, he's teaching an elementary class about an invention he calls The Tackion Amplifier, which allows him to travel sideways in time, which means alternate versions of our world. After his presentation, he meets Holly, a young scientist who has followed Rick's theory ever since the Matt Lauer incident, which has since then become a YouTube icon. Rick then finishes the invention and travels with Holly to this big mountain cave where she found magor seismic readings. There they meet a guy who works there, who will travel with them to the other world. So what happens is they start finding strong readings in the cave. Then the machine gets the readings and they travel into the Land Of The Lost. This film was laugh out loud funny non-stop. But, as I said before, this isn't a kid's movie. You're probably asking why, right? Well, I'll tell ya: There is alot of vulgar language like @$$, $#*^, and @@#%, U. There is also alot of sexual references to male and female body parts which I cannot explain. But trust a 12 year old kid, DON'T TAKE A KID 11 OR UNDER TO THIS FILM. ENJOY!!!!!!!!!!!!!!!!!!!!!!!!!!!!!!!!!!!!!!!

PREVIEWS YOU MAY SEE:
Year One
G-Force
Aliens In The Attic
Funny People
G.I. Joe Rise Of The Cobra
9
Posted by Zachary Marsh at 5:42 PM No comments: Links to this post

REVIEW: Up In Disney Digital 3D 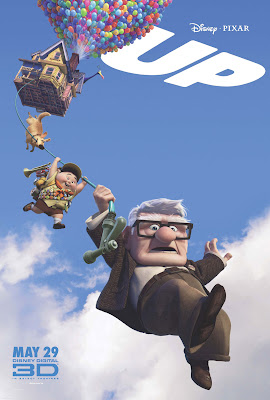 REVIEW:
WARNING!!!!!!!!! This review contains spoilers to the film and if you haven't seen the film yet, DON'T READ THIS REVIEW!!!!!!!!!!!!!!!!!!!!!!!!!!!!!!!!!!!!!
Pixar has done it again with its 10th film, (and the first to be in 3D) Up. Up is about Carl Fredrickson, when as a kid was a quiet kind of boy. One day, he meets a tomboy named Ellie and discovers that they both have the same intrest in exploring the world like their hero, famed explorer Charles Muntz. Ellie expresses her desire to move her clubhouse to Paradise Falls in South America, a promise she makes Carl keep. As the years go by, Carl and Ellie get married and rebuild Ellie's old clubhouse into their new home. One day, Carl realizes Ellie still hasn't fufilled her dream. Therefore, Carl buys two tickets to South America for him and Ellie. Unfortunately, before Carl and Ellie get to go, Ellie passes away due to old age. Years go by and Carl is still sad that Ellie didn't fufill her dream. After an incident involving his broken mailbox, Carl is ordered by court to move into a retiering home. Therefore, in order to fufill his wife's dream, Carl must travel to Paradise Falls. You're probably asking, "how is he going to do this?" Well, Carl goes to South America in style: Baloons attached to his house that lift him in the air! When Carl does this, he finds Russell, a boy scout who wants to earn his one badge in order to become a senior boy scout. This film is unique in its own way. What made the movie so visionary was the plot, the casting, and the design. How they actually designed this film is spectacular to think about. Pixar, get ready to win another Oscar because of this hell of a movie you just made. So I just have one more thing to say: Kudos to Up, Pixar!
PREVIEWS YOU MAY SEE:
G-Force
Imagine That
Cloudy With A Chance Of Meatballs
Ice Age: Dawn Of The Dinosaurs
Toy Story 3

Posted by Zachary Marsh at 7:56 PM No comments: Links to this post