"TRI"-VIEW: The Lord Of The Rings Trilogy 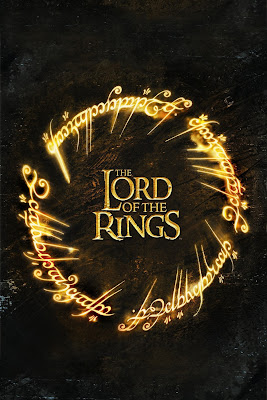 SERIES
The Lord Of The Rings

I never got around to writing seperate reviews for the Lord of the Rings movies. I don't know why, I just never got the time to do so. But after finishing watching the series with Return of the King, I decided that instead of writing three seperate reviews, I would just review the series as a whole. So let's take a look at The Lord Of The Rings. This is one of the most critically acclaimed movies series' of all time, telling the story of a young hobbit's journey to destroy a ring to make peace with middle-earth. I wasn't much of a fan after the first film, Fellowship Of The Ring, and the second film, The Two Towers was just barely better. But then I saw the final film in the series, Return Of The King, and instantly loved it, despite going on for an extra 25 minutes after it's riveting climax ends. This series isn't a favorite of mine, but it surely is very entertaining.

The movies are action-packed throughout, visually astounding, and so freaking long! If you're butt gets exhausted easily, then may want to watch these movies in separate parts. Each movie runs just about three hours, and if you keep checking your watch throughout the movies, then the experience will only feel longer than it is. So just for a suggestion, if you do watch these movies I'd suggest hiding your watch or electronic device somewhere and just let yourself get immersed into the fantasy world that is Middle-Earth. If you let this happen, you will surely not regret it. These are good movies, just so you know. They can get a little boring, but they are still pretty entertaining.

The casting was spot on for every character, despite never reading the books and not liking some of the characters. The best character in my opinion was Gollum, played by the fantastic Andy Serkis. In fact, the opening of Return of the King, which explains his frightening back story was in my opinion the best scene in the entire series. I actually believe that the openings of each movie are the best parts in the series, because they are just so brilliant and they know how to get their audience pulled into the movie. But for me, the openings of the first two movies were the most intriguing.

Now getting back to the characters, they were acted out well. However, there were so many sub stories that I couldn't care less about what Gandolf or Aragorn were even doing. The only thing I wanted to know was, what the hell was going on with Frodo, Sam, and the ring? All that the others were doing was either walking around the woods, talking to one another, and discussing Frodo, the ring, and their plans to wage war. These characters weren't perfect, and there were too many stories in my opinion, but the Lord Of The Rings series is entertaining.

They may not be as spectacular and epic as the Harry Potter series, but the Lord Of The Rings trilogy is an entertaining, long, and visually astounding movie series that can get a bit draggy, yet still have the viewer's attention at the same time. I know many people who dearly love this movie series and can watch them over and over again. I'm unfortunately not one of those people who are die hard fans who would go so far as to get elf ears and start speaking the elf languages in these movies. These movies to me are ones that I could watch every once in a while and say "Ok, this isn't that bad of a movie" every time. These are movies that anyone should see, since they are just so incredible when it comes to special effects. Gollum looks so real when he's next to the real actors.

So let me summarize by saying this: the visuals were outstanding, the acting was okay for what it was, yet there were too many storylines, the movies are so incredibly long, and so many characters that you couldn't even remember everyone's names. But other than those particular reasons, The Lord Of The Rings is solid entertainment that will hurt your butt, yet still keep you entertained throughout. It won't be the greatest trilogy you will ever see, (well it may be for some) but it'll be good fantasy entertainment to keep you in the now. If you want high quality fantasy entertainment from a sublime director, then go out to a local video store and pick up The Lord Of The Rings Trilogy. Fair warning though: never look at your watch while watching the movies because it'll only make everything go slower, and watch these movies on seperate days, so A.) your butt won't get sore, and B.) you can think about what you just watched. Keep those reasons in mind, and you will enjoy The Lord Of The Rings.

Posted by Zachary Marsh at 6:22 PM