REVIEW: Michael Jackson's This Is It: The IMAX Experience 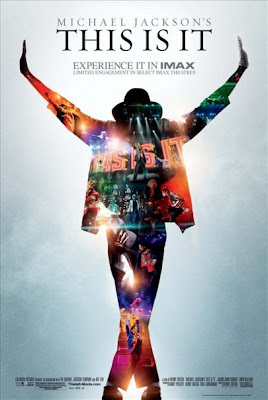 MOVIE
Michael Jackson's This Is It

REVIEW:
I wish that the whole world could have saw The King Of Pop's final performance on stage. Wait a minute, thanks to Sony and The Michael Jackson Company, we finally can see his work come to life on the big screen. This Is It reveals never before seen footage of the last concert Michael was ever going to do in London. But on June 25, 2009, MJ suffered a cardiac arrest and died that day at age 50. This film sahows the rehersal footage of what would've been the biggest concert of the decade. This movie was a brilliant preformance as we got to witness Michael for the last time in his life. The special effects would've been terrific on stage. I just wish that Mr. Jackson could've been here to see his final creation. Yes, he lived a strange life, but this would've made the worst but perfect ending to his life. And seeing the movie on an IMAX screen made you feel you were at an actual Michael Jackson concert. Anyway, even if you don't like MIchael Jackson as a singer or a preson, you should see This Is It, for the memory of Sir Michael Joseph Jackson, The King Of Pop; 1958-2009. Goodbye, Mr. Jackson. The world still loves you and will love you forever.

The Princess And The Frog

A Christmas Carol
Posted by Zachary Marsh at 11:32 AM No comments: Links to this post

REVIEW: The Day After Tomorrow 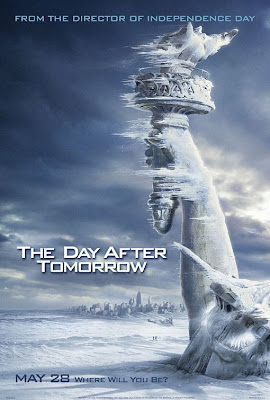 MOVIE
The Day After Tomorrow


You might think this is another Independance Day, but it isn't: It's Independence Day with global warming instead of aliens, but that's just the way we like it. The Day After Tomorrow is about the earth's climate changing when soon becoming a second Ice Age. Now a colony of human survivors must survive the colde whether otherwise they'll die and most of the human race could become extinct. This film was great on story, special effects, and creativity. Bu the one thing it lacked was acting from Dennis Quaid. Sure he has talent, but he's terrible in some films. This happens to be one of them.. Either way, Roland Emmerich, who has previously directed Independence Day and the soon to be hit 2012 does a brilliant job on making a second ice age. Surely people of ages 11 and older will love this movie for decades to come. So, if you don't have anything to do in your spare time, rent this film for some 2 hour entertainment. I'm sure you'll get a thrill out of it.
Posted by Zachary Marsh at 1:27 PM No comments: Links to this post

REVIEW: Where The Wild Things Are The IMAX Experience 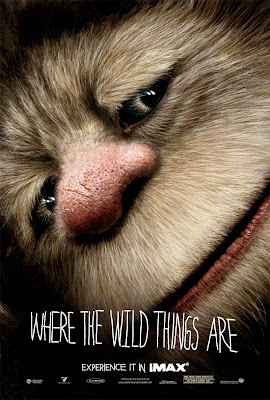 MOVIE
Where The Wild Things Are

Though based on a children's book, this movie is not for kids, it's a film about childhood and that's just why it's so perfect. This film is about a young boy who travels to the land of mysterious creatures after he has a fight with his divorced mom. This movie is quite possibly the best film of the year. What made this film so great was the visuals. It's amazing how director Spike Jonze could make the wild things come to life on the big screen. Especially their faces were so realistic, that you couldn't tell they were even animated. I also liked the storyline alot. It is really spectacular that they could add so much more to the story and keep it original. Also, this movie is PG for a good reason. This film is not for kids under age 9, even if they're fans of the book and read it every night. This movie is very dark and can creep out alot of kids and upset them. This film is also very sad, unexpecting and heartfelt that deals with reality and life. Either way, if your 9 or older, check out this magnificent triumph of a film in theaters or IMAX if you're lucky enough. Either way, watch Where The Wild Things Are!!!!!!

Michael Jackson's This Is It

Posted by Zachary Marsh at 10:18 PM No comments: Links to this post 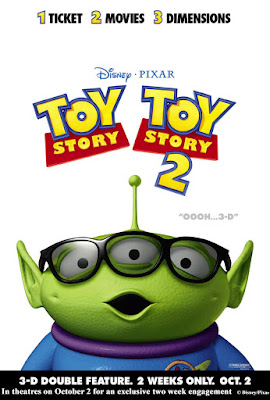 
Though I've already seen these Pixar classics, I got to relive them, but this time on the big screen and in 3D! The films tell the stories of a group of toys that end up on a series of adventures that lead into trouble, from getting lost to being stolen. Since I am 12, I never got to see these movies in theaters. Now, thanks to Disney and Pixar I could. These movie were even better on the big screen and in 3D. But 3D or not, these movies really groundbreak history with CGI animation. Any age would be able to handle and love these classics. Plus, with this all star cast including Acadamy Award winning Tom Hanks, this series can't go wrong. So, even if it's not in 3D, plop down with your family, grab some snacks, and watch the classic pixar films that are Toy Story and Toy Story 2!


Where The Wild Things Are

Posted by Zachary Marsh at 8:53 PM No comments: Links to this post 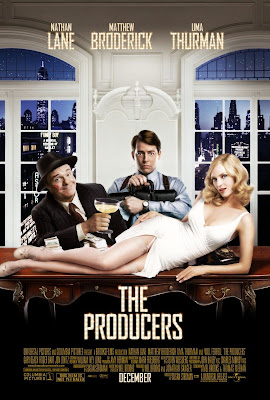 This has got to be the funniest and smartest musical ever made. The Producers is about two men. One man is a producer who has had the worst of luck daily. The other is an accountant who wants to do something else with his life. Now, the two come up with an idea so devious, that it just might work. This movie literally takes the word musical and morphs it nto something spectacular and funny. I should of guess this since this is based on the Mel Brooks movie. It just makes a new vocabulary for something this original and clever. The director of the movie is so smart, that all of the sets literally look like they're on a stage in Manhatten. But it isn't a musical like Grease or High School Musical, I can tell ya that. This is a musical directly toward teenagers and adults, not kids 10 and under. But anyway, you should still see this movie because it has a sense of originality put into it. So, see this movie and the original if you can find it at a local Redbox or Blockbuster, or even off Netflix. Still, watch it!!!!!!!!!

Posted by Zachary Marsh at 3:00 PM No comments: Links to this post