REVIEW: How To Train Your Dragon 3D 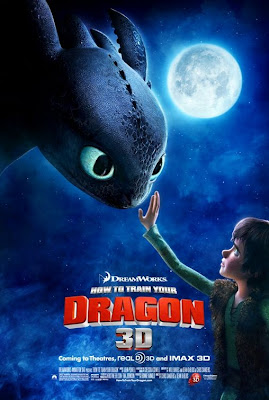 MOVIE
How To Train Your Dragon


All I can say is, WOW as DreamWorks has finally succeeded at what they've been trying to do ever since PIXAR started winning so many Oscars: making a film that is both funny and full of heart. How To Train Your Dragon is about Hiccup, a lonely boy who's the son of the head Viking in the village. The only problem with Hiccup is that he can't fight of the pests of the village, which happen to be Dragons. One day, Hiccup discovers a Dragon that is also a loner, and pretty soon, they develop a friendship and bond that will take them to places even they never dreamed of. This movie is probably the BEST film of 2010 so far as the bond of Hiccup and Toothless, the dragon Hiccup discovers captivates both the characters and the audience surrounding them. Plus, this film has a shot of winning the Academy Award for Best Animated Feature this coming year. The only thing that can stop this film is the highly anticipated Toy Story 3, coming out in June. Also, this film proves that even PIXAR doesn't have all of the heart for moviegoers, DreamWorks does also. This film was a major comeback after last years Monsters VS Aliens, which disappointed a lot of people, including me, sort of. But what made the film so genuine, besides the humor and heart, was the 3D. This is a film that has to be seen with the 3D glasses on, mainly for the flying sequences that happen almost throughout the film. But I do warn you, if you take your young ones to see this, whether it's 3D or not, they WILL get scared by some of the menacing Dragons that the vikings fight off. So, if I were you, whoever's reading this review, I'd reccommend NOT taking kids under the age of 7 to see this. But if you are lucky enough to get to see this in 3D or even IMAX 3D, you are in for a treat once you learn How To Train Your Dragon.


Legend Of The Guardians:
The Owls Of Ga'Hoole


MegaMind
Posted by Zachary Marsh at 10:41 PM No comments: Links to this post 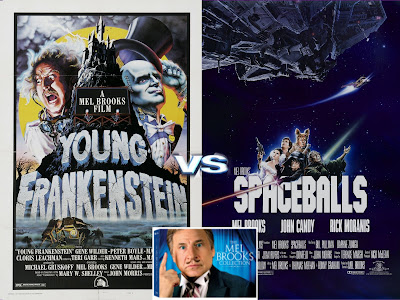 Okay, I know this is random, but I'm going to be getting the Mel Brooks Collection on Blu-Ray and I wanted to prove a point. So at my school I've asked my fellow classmates who Mel Brooks is. So they say they do, but not for the best reason. The only reason they know Mel Brooks is because of a parody film called Spaceballs. Now I don't know about you, but I have a huge problem with this. The kids these days apparantly don't understand the true comedy from my parent's time. According to the Rotten Tomatoes "Tomatometer", Young Frankensteing holds a 93% while Spaceballs holds a 64%. There are many reasons why Young Frankenstein is funnier than Spaceballs, but I'm gonna name the three main reasons why the film is still timeless and hilarious:

A. It has a great theme

B. This was the spoof film before the Airplane! filmmakers came in

So basically, if you kids out there want good comedy or if you parents reading this are looking for a great film the family should enjoy, then look for Young Frankenstein, now on Blu-Ray & DVD. That's why the film is #9 on my Top 10 list, located in the left toolbar under the "about me" section.

Posted by Zachary Marsh at 5:19 PM No comments: Links to this post

REVIEW: Diary Of A Wimpy Kid 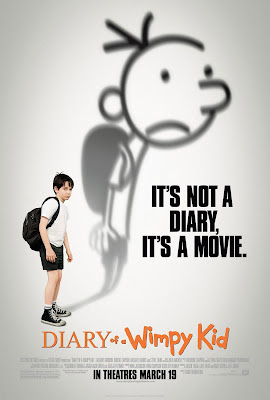 MOVIE
Diary Of A Wimpy Kid

This is probably the first time that a film adaptation of a book is better than the book. Diary Of A Wimpy Kid is about a adolescent boy named Greg Heffely who is starting his first year of middle school. Well, that's basically all I have to say since Greg's life is all bad luck. This film is full of belly laughs that will satisfy the entire family. What made the film so enjoyable was that it stays true to the book. In fact, they nailed its adaptation on to the big screen. Also, the casting choice for Greg was stellar and was THE perfect choice for the role. Also, the movie was also hysterically funny, as all of its jokes came from either the kids, the adults, or even FREGELY, a weirdo kid with a "secret" freckle. Thor Freudenthal, who also directed my least favorite film of 2009, Hotel For Dogs does the book justice and makes hands down my favorite film of 2010 so far. So what I'm saying is, if you heard that Alice In Wonderland would be to scary for your young ones, take them to this kid friendly film that you, your kids, and your inner kid will love and want to see over and over again. Well, I know I do.

Posted by Zachary Marsh at 10:09 PM No comments: Links to this post 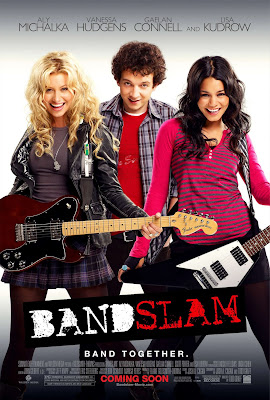 REVIEW:
Although not the best film in the world, Bandslam delievers what it promises along with a strong preformance from Vanessa Hudgens. Bandslam tells the story about a bullied teenager who moves to New Jersey with his mom to start a new life. There he meets two girls: a emo-goth like girl named Sa5m (not the 5 is silent) and Charolette, a popular girl who decides to hang out with geeks and nerds instead of populars. While the teenager, who's name is Will is living in New Jersey, he learns about a music competition called Bandslam, where the winner of it gets a record deal. So, Will starts a band with Charolette, while he has a boyfriend-girlfriend friendship with Sa5m. This movie was like High School Musical with an adult fever, but still pretty good. I would like to acknowledge the preformances of the three leads of Galeen Connell, Aly Michalka, and Vanessa Hudgens who all did great jobs in this film. This film also reminded me of School Of Rock in a way. But whoever likes music will enjoy this film. This is a perfect rental for the adolescents, not kids even though they might want to see it because of Ms. Hudgens. But if you're a teenager looking for a nice movie on On Demand, Bandslam is the perfect film for that, believe me.
Posted by Zachary Marsh at 9:35 PM 2 comments: Links to this post 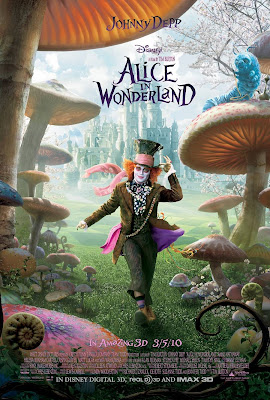 If you enjoy Tim Burton, Johnny Depp, and 3D spectacles, then Alice In Wonderland is the perfect meal for dinner. Alice In Wonderland is about Alice, who is 19 years old, about to get married, and is having a miserable life. On the day of her proposal, Alice stumbles upon the infamous rabbit hole and falls down to Wonderland once again. Everyone seems to remember her, but Alice doesn't remember Wonderland at all since she hasn't been there in 13 years (in their time period.) Alice then learns that she must defeat the Red Queen, who has taken over Wonderland after Alice left and restore peace to this magical land. This film is filled with magic, humor, and action that should satisfy anyone's movie craving during the weekend. The only thing that kids couldn't handle is that there are some scary sequences involving dragons, dog like creatures, and many other things that kids may not like, especially in 3D. Also, Alice feels as if she is being forced to do everything and never have decisions for herself. But what I really enjoyed about this film is the story. Tim Burton sure knows how to take a story and make it an original. Also, the performances of Mia Wasilkowska, Johnny Depp, and Helena Bohamn Carter were stellar, as the performances were both funny and charming.Plus, the visual effects were very cool to watch, especially in 3D. To tell you the truth, if you saw this film in Disney Digital 3D or IMAX 3D, you'd see that the difference is only a four story screen and a loud surround sound. But still, this is a must see in 3D, mainly because once you put on those glasses and see the opening Walt Disney Pictures logo, the film will absorb you in and make you feel as if you just stepped into Wonderland with Alice. So basically, go and see Alice In Wonderland in 3D, whether it's for Disney, Johnny Depp, or Tim Burton. You will FALL into it's magical 3D rabbit hole and come out loving it, believe me.

How To Train Your Dragon

Legend Of The Guardians

Tron Legacy
Posted by Zachary Marsh at 5:49 AM No comments: Links to this post