MINI-REVIEW: Shaun The Sheep: The Movie 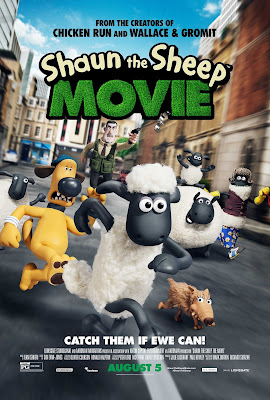 MOVIE
Shaun The Sheep: The Movie

Aardman Animation is a studio I admire very much.  While their films aren't the best of the best compared to the work from other studios, they manage to make genuine comedy thanks to visual and audio gags from the characters.   They do this rather than resorting to pop-culture or bathroom references as seen in many other kids films these days.  The film adaptation of their series of shorts entitled "Shaun the Sheep" manages to continue their tradition of pure visual and audio gags while also keeping in touch with the show's dialogue-less ways.  In a way, that makes this film accessible and enjoyable for just about anyone.  Sure the villain gets annoying, and the movie itself drags at times, but at the end of the day this is a delightful and innocent film that the whole family can watch together and enjoy.  It may not be as strong as other films Aardman has made in the past, but "Shaun the Sheep: The Movie" is still a solid product from their department.