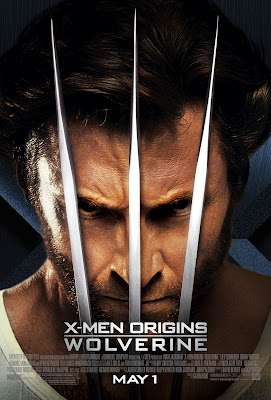 
This movie may have alot of special effects and awsome action, but it didn't quite live up to expectations. X-Men Origins: Wolverine is about the life and origin of James Howlett/Logan/Wolverine. In 1845, young James witnesses his father getting murdered by Victor Creed's father, Thomas Logan. James then grows boney claws out of his fists and ends up killing Thomas. In his last dying breath, Thomas says that he is his real father and Victor is his brother. Victor then runs into the woods with James saying they have to stick together. They then run away into a whole new adventure. After surviving the Civil War, both of the World Wars, and the Vietnam war, they meet General Stryker who says he's creating a special team of mutants. So, they join and meet people like Wade Wilson and John Wraith. After Victor attempts to kill an innocent person, Logan ditches the team and doesn't see them again for a while. 6 years later Logan has married Silver Fox, and is living a good life. One day, Stryker shows up and wants Logan to come back. Logan however, refuses saying he already has developed a new life and doesn't want to go back. Then the next day, Silver is driving on the road when Victor comes and kills Silver. To avenge his wife's death, Logan takes up Stryker's offer and becomes an indestructable mutant now calling himself Wolverine. This movie was terrific in special effects and action, but they just tried to make it the best movie possible. It was good at the beginning, but didn't have much value towards the end. Also, if you go see this movie, stay after the credits for a secret ending. CAUTION: you may see a ending involving either Wolverine or Deadpool (Wade Wilson) depending on which screen you're watching.

Night At The Museum Battle Of The Smithsonian
District 9
Ice Age Dawn Of The Dinosaurs
Funny People
Terminator Salvation
9
Transformers Revenge Of The Fallen
Posted by Zachary Marsh at 5:12 PM