MINI-REVIEW: The Diary of a Teenage Girl 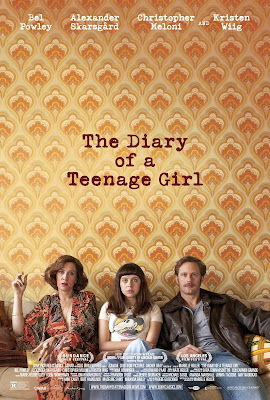 MOVIE
The Diary of a Teenage Girl

Being a teenager is an incredibly odd and surreal time in one's life. Boys and girls between the ages of 11 and 18 are experiencing new things that they're unfamiliar to, including sex, drugs, and profanity. The main character in the Sundance hit "The Diary of a Teenage Girl," Minnie, is a 15-year-old girl circa 1976 who is just discovering what it's like to have sex with someone. Who better to deflower the sexually curious girl than her mother's boyfriend Monroe, am I right? That's just the beginning of the crazy shenanigans that this girl gets into throughout this movie. To call this film "exploitive" isn't fair because, while it's a graphically depicted story, everything has a purpose to it. Young Minnie is a naive girl who is just trying to grow up a little too fast and doesn't totally understand what she's doing. In a nutshell, this is if the perverted and deviated content presented in "The Wolf of Wall Street" was put into a quirky world reminiscent to that of "Napoleon Dynamite." Replace Jon Heder with Bel Powley in the lead role, and you have yourself this raw, unconfined, relatable, and incredibly well-acted film.