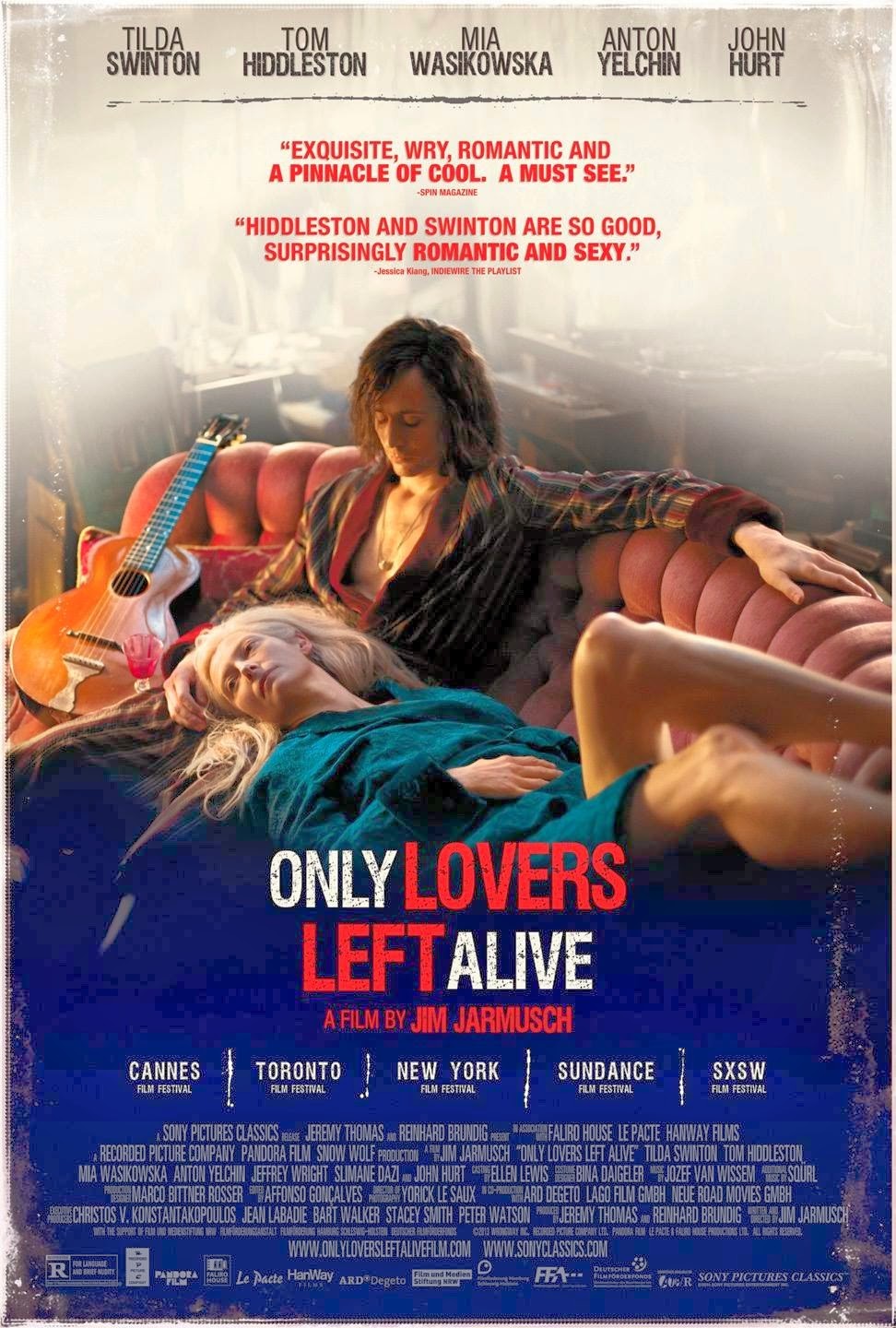 In the 14 years that have represented this century, our society has shown that we love two things: vampires and zombies.  The vampire fans ridicule the "Twilight" series, while the zombie fans have a love/hate relationship with "The Walking Dead."  Many people, myself included, wondered when Hollywood was going to get the concept of zombies and vampires right.  Well, last year they proved their zombie loyalty with "Warm Bodies," and this year, we have "Only Lovers Left Alive" to show their vampire love.  This movie comes to us from acclaimed director Jim Jarmusch, and this film stars the likes of Tom Hiddleston, aka Loki from the Marvel Cinematic Universe, and Tilda Swinton, who really knows how to choose some great roles.  This movie is basically about two vampires named Adam and Eve who have been madly in love and married to each other for over a century. These two, who live on opposite sides of the world for unexplained reasons, come together in Detroit, Michigan and try to live a normal life.  Well, normal from a vampire's perspective.

What I loved so much about this movie is the screenplay and the whole story behind these two vampires living normal lives in a society that craves technology and TV shows about zombies and vampires.  Instead of going around biting the necks of any random pedestrian on the street, Adam buys O-Negative from a doctor from a local hospital and drinks it out of a shot glass.  The logic behind that is actually incredibly clever, especially considering all of the diseases people can carry around in their systems.  Director Jim Jarmusch's screenplay is sly, witty, and incredibly original for a vampire movie in this day and age.

Tilda Swinton and Tom Hiddleston's chemistry here is undeniably irresistible to watch.  In every scene they're in together, it's so believable that they are this couple who is madly in love.  What I think is so great about these lovers is that you can tell that these are old souls who happen to be living in a generation of iPods and other modern technology.  Plus, these characters are so cool and so hip that you almost want to be friends with them, as long as they agree not to suck your blood.  Mia Wasikowska, Anton Yelchin, John Hurt, and Jeffery Wright round out the rest of this rather impressive cast, and all of them do superb jobs in the movie regardless of how long they're in it.  The cast, especially Hiddleston and Swinton, really help this movie to be as hip and as off-beat as it is.

This isn't the conventional vampire or love story out there, but thanks to the cleverly written and incredibly original script, Jim Jarmusch's hip and energetic direction, and two knockout lead performances, "Only Lovers Left Alive" stands out among the rest and is one of the most inventive movies I've seen this year.  From the film's first frame and first note of vinyl music, to the last haunting and silent shot of the film, I was captivated throughout and couldn't take my eyes off the screen.  Everything about this movie screamed perfection to me, and I loved how Jarmusch's take on the vampire genre was so different and so unique from all of the rest, in the end bringing something new and cool to the table.  I can't recommend this movie any more than I am, and I honestly cannot wait to see it when it's officially released in my area.  If you live in an area that is or is going to be playing this movie, then I'd say check it out.  "Only Lovers Left Alive" is hip, unique, awesome, and one of 2014's best releases thus far.